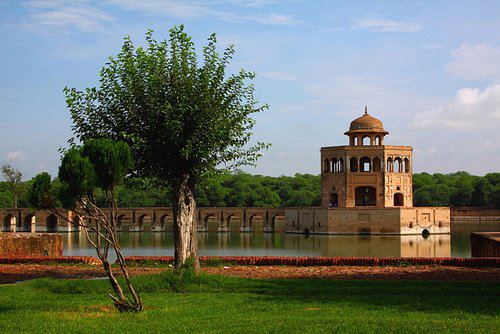 Given the fact that Sheikhupura is more populous and arguably more economically prosperous than other cities neighboring Lahore, the route that connects Sheikhupura to Lahore is of immense importance in terms of increasing the accessibility of Lahore from its nearby cities. With a population of more than 500,000 Sheikhupura is demographically and economically an important small city located in the outskirts of Lahore. Not only does the city itself house significant industry but also many factories line along the route from Sheikhupura to Lahore. Abundant signs of economic wealth, such as banks, hospital mobile phone franchises etc. are visible in the city to enable it to be considered an economically important one.

The commercial activity has boomed in Sheikhupura and has led to an increase in the commercial land prices. The areas taken in our survey are Civil Quarter Road, Gali Karkazae, Lahore Main Road and Main Bazar. Commercial activity in Sheikhupura, with shopping areas having proper entrances and parking areas, remains more organized than that of comparable cities. . Many industries, such as Nestlé, Panther Tyres and Atlas Motors are situated in Sheikhupura. Outlets of brands including Bareezé, Kayseria and Hush Puppies are also there and signal towards a stronger buying power of the consumer. Most of these outlets are located on the Lahore-Faisalabad road, which is the Lahore Main Road market. The prices increased in this area due to the existing concentration of industries along the road and the presence of infrastructure facilities. The distance of this market from main cities of Lahore and Faisalabad is also relatively less and the area is easily accessible. Therefore, there is a higher demand of land in this particular area which explains the increase in prices.

Hiran Minar –   a historical Landscape is also in Sheikhpura, Pakistan. It was constructed by Emperor Jahangir as a monument to Mansraj, one of his pet deer. The structure consists of a large, almost-square water tank with an octagonal pavillion in its center, built during the reign of Mughal emperor Shah Jahan; a causeway with its own gateway connects the pavilion with the mainland and a 100-foot (30 m)-high minar, or minaret.

Mughal Patterns inside Hiran minar – At the center of each side of the tank, a brick ramp slopes down to the water, providing access for royal animals and wild game. The minar itself was built by Emperor Jahangir in 1606 to honor the memory of a pet hunting antelope named Mansraj.

Hiran Minar Pavilion – Unique features of this particular complex are the antelope’s grave and the distinctive water collection system. At each corner of the tank (approximately 750 by 895 feet (273 m) in size), is a small, square building and a subsurface water collection system which supplied the tank; only one of these water systems is extensively exposed today. So, Sheikupura also have some historic importance for it which not only attract local tourists but also foreign.