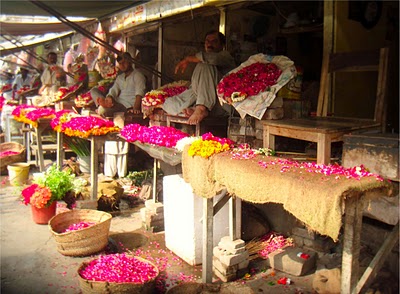 Pattoki is also a small city in 45 miles southwest of Lahore. It is relatively less developed not only in its infrastructural factors but also social factors as compared to other small cities adjacent to Lahore. One can imagine this problem just after traveling from Lahore to pattoki via any route. This also affect the labour market of Lahore as The time required to travel to and from Pattoki is much more than the 1-hour threshold agreed upon for this study, and so does not favour daily commute, omitting Pattoki from the labour market in Lahore.

The time required to travel to and from Pattoki is much more than the 1-hour threshold agreed upon for this study, and so does not favor daily commute, omitting Pattoki from the labor market in Lahore. Northern areas of the city have experienced low growth while South-Eastern parts of Pattoki have undergone relatively greater increase in real land prices. The areas of Insaaf City and Noor Housing Scheme have experienced a fall in the prices in real terms, i.e. equal to 0.64% in the last 10 years.

Pattoki is famous for its flower market nationwide it has affected its commercial Area in price growth as compared to other parts. Commercial areas of Pattoki have experienced a higher growth in prices than the residential areas. The areas considered for the purpose of our study include Mandi Pattoki, Chak 35, Hallah Road, Faisal Colony, Rail Bazar, Allama Iqbal Road and Chunian Road. There is a higher dispersion in the growth rate of commercial areas in Pattoki because some areas have experienced higher growth than the others, especially the market on Hallah Road. This market consists of flower farms and nurseries, especially roses. These flower nurseries have grown substantially over the past 10 years, supplying the local market of Pattoki as well as other cities.